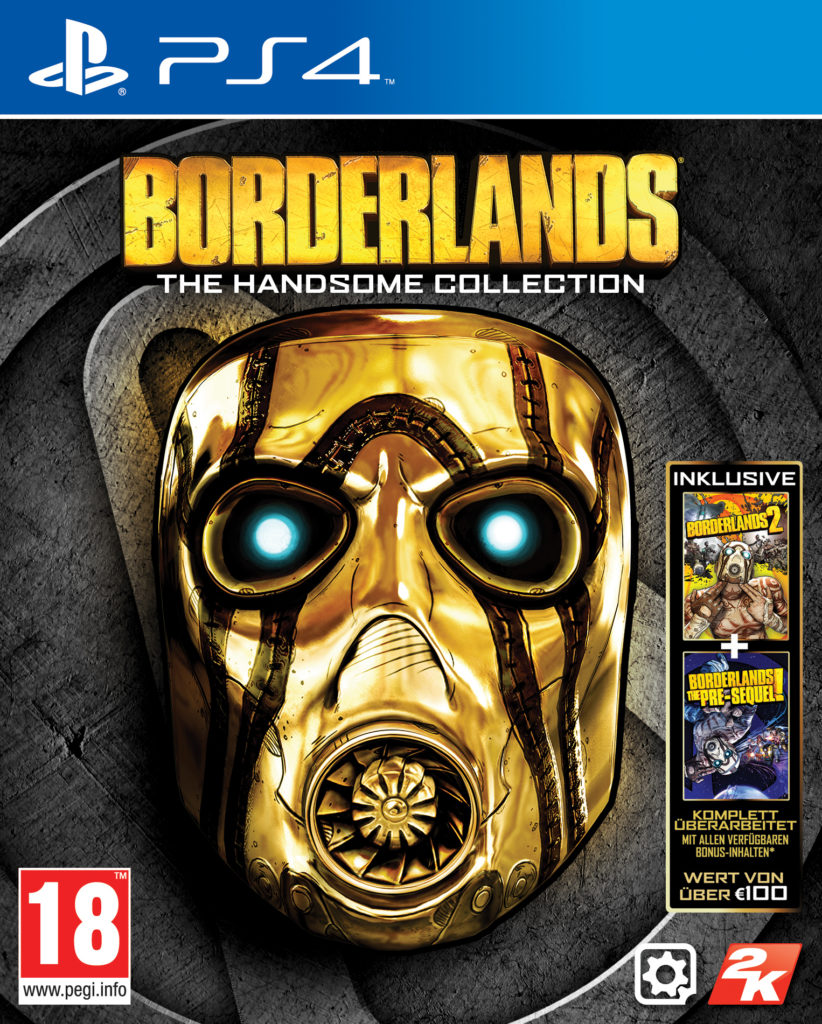 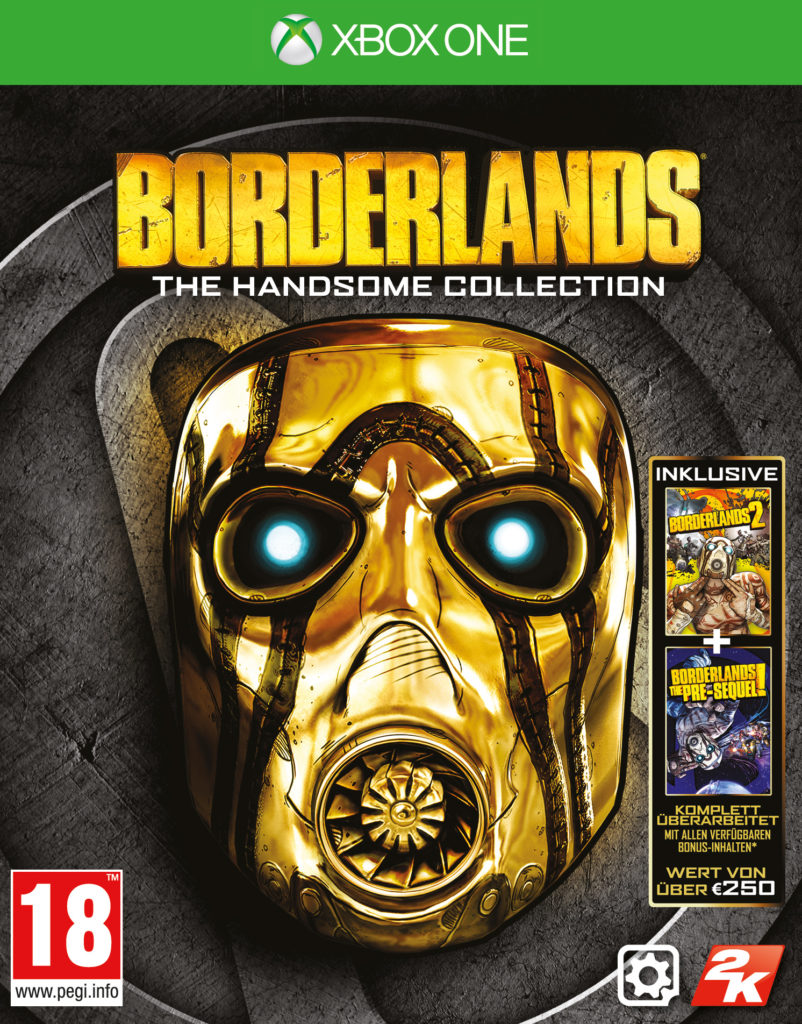 Next Gen Mayhem is here!
PlayStation®4 and Xbox One customers will experience the absolute highest performance and highest fidelity graphics for any Borderlands game ever played on a video game console. For the first time in the franchise’s history, play four-player split screen on a single television, all in stunning high definition. Experience the entire Handsome Jack saga (including all available bonus add-on content*), from his not-so-humble beginnings to the heights of his egomaniacal tyranny. Continue the adventure by transferring your previous saves to the next generation of consoles with the new cross-save functionality.**

Two critically acclaimed Borderlands games in one package – experience Handsome Jack’s rise to power in Borderlands: The Pre-Sequel and his reign as maniacal Hyperion CEO in Borderlands 2.

Over $100 in value and hundreds of hours of gameplay: includes all campaign add-ons, playable character packs, level cap upgrades, and assorted combat arenas previously released as downloadable content for both titles, plus dozens of additional character customizations.

Pick up right where you left off! Transfer your Xbox 360, PlayStation 3, or PS Vita save files onto next-gen with cross-save*.

**Save transfers must be between same console family.